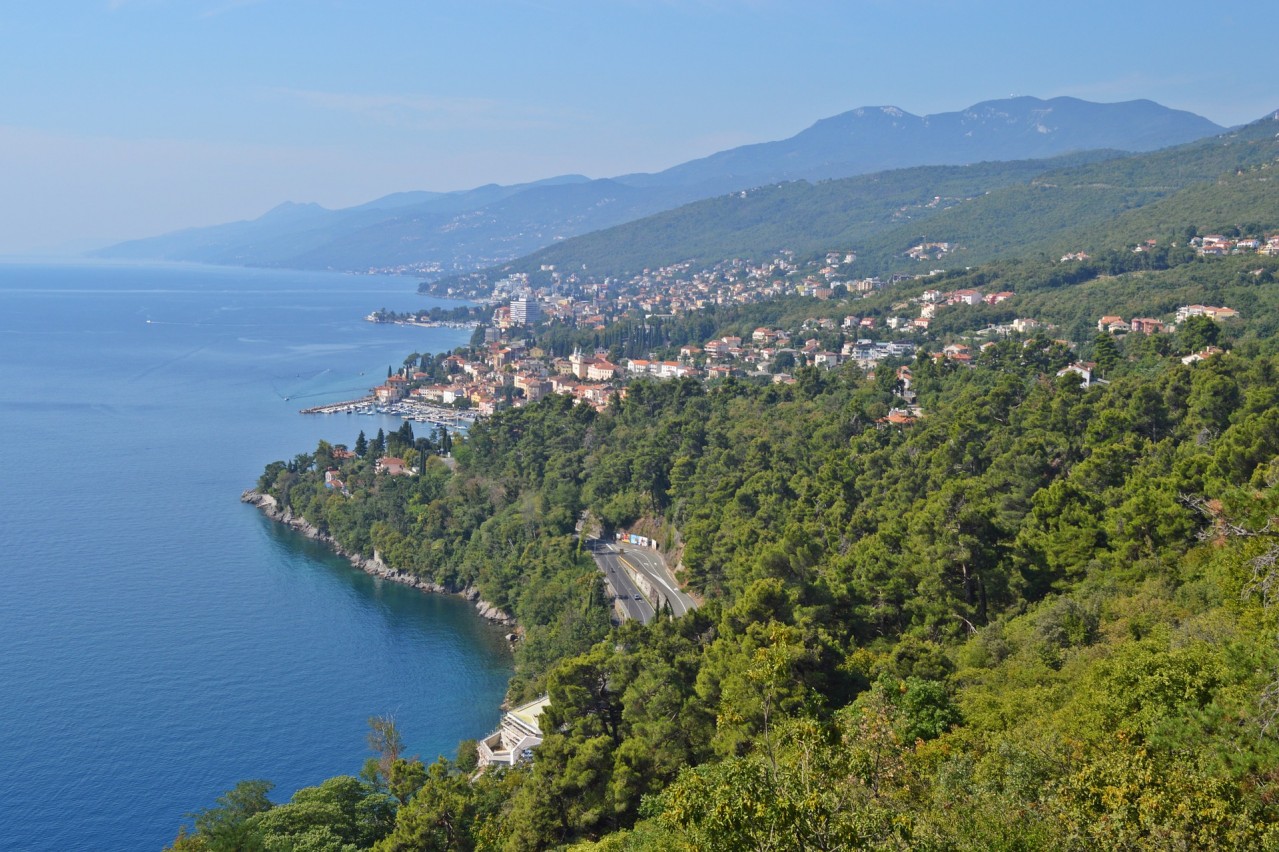 The dental clinics from the North-Western regions of Croatia, mostly from the Istrian peninsula and Rijeka were the first ones to recognize that they will be able to take some of the patients from the growing Italian market. As early as late nineties some of them started marketing their services in Northern Italy, recognizing that this market could provide the needed customers. Their strong selling point was (and still is) the fact that it’s really close to those big and wealthy Northern-Italian cities (it’s a three-hour drive, almost completely on modern highways, from Venice to Rijeka; five hours to Milano). It makes sense to make that journey only if you benefit from it, and that is the second strongest selling point: the prices of various procedures in those dental clinics in Istria and Kvarner (Kvarner is a region around Rijeka, including the islands Krk, Cres, Rab and Lošinj) are significantly lower when compared to their Italian counterparts. One important caveat with that statement is that most of the clinics that have managed to survive and grow never did any compromises with the quality, as the materials used and knowledge and experience of the dentists is always a priority and matching any clinic from any Western country. The third driver of a boom of dental tourism in Istria and Kvarner was the fact that there is a lot of tourist infrastructure in place, that the clinics can offer accommodation to as many patients as needed, and that this tourist infrastructure gives them the opportunity to offer their patients more than just dental work while in Croatia.

All of those factors, powered by the Croatian accession in the European Union in 2013 brought on many international patients, the clinics grew, a lot of investments were made into the clinics, equipment and education for the doctors, and all of that lead to Croatia being recognized as a low-cost, high-quality hub of dental tourism, with a lot to offer in addition to excellent dental work. Most of the early growth in Croatian dental clinics was driven by dental implants, and many clinics are still called “dental and implant centres”, as the dental implants in Croatia were done at one half or one third of the prices in Italy, Germany or Switzerland, using the same materials and devices and often performed by more experienced and well-coordinated teams. The fact that some of the other markets, previously recognized as low-cost (especially Hungary) have struggled with their image being tarnished once it became obvious that the quality of work done was not satisfactory gave the Croatian clinics another needed boost.

So, the situation today is that there are a few hundred dental clinics in Croatia (it is virtually impossible to find the exact number of those catering exclusively to the foreign patients; a list of all private dental clinics in Croatia states that there are well over one thousand of those, but there’s no way of telling how many of them are oriented towards local patients, and how many proactively engage foreign patients), however, one thing that has not changed is the fact that most such clinics still operate in the Istria-Kvarner region.

In the past several years we’ve seen in Croatian media the lists of the highest-grossing dental clinics, and in each of those instances the Rijeka-Istria clinics were at the top, and holding most of the top-ten positions. The biggest, most profitable and probably the most well-known dental clinic in Croatia is Rident, based in Rijeka, owned by Željko Miljanić. Just about any number I can give you about them is impressive: around 50 dentists work there, they have 2 clinics (in Rijeka and a newer one in Poreč), their constant growth has allowed them to reach 40,000 patients a year and yearly revenue of almost 130 million kuna (which is more than all 9 other clinics from the top-ten list combined!) and yearly profit of sweet 21 million kuna. In 2014 the top-ten list included 6 other clinics from the Istria-Kvarner region, with the other three being three clinics from Zagreb, in 2015 one clinic from Dalmatia (Vodice, to be precise) managed to get on the list and 2016 saw 4 Istria-Kvarner clinics in the top-ten, 5 from Zagreb and the same Dalmatian Dubravica clinic.

Smile and Dr. Jelušić’s clinics from Opatija, Trident from Rovinj, Orto-Nova, Kalmar and Dentvitalis clinics from Rijeka are the clinics most often seen on the top-ten lists, all profiting from great dental work on satisfied patients mostly from Italy, now seeing return customers that bring their family and friends back to the same clinics because of the very high rate of success. Many of those clinics have turned to so-called “Smile design”, a new trend in dentistry aimed at providing the customer the best possible smile tailored for them personally, and some have invested in additional attractions, not completely dental-oriented, such as swimming pools, which will certainly help attract additional clients.

It seems that dental clinics in Istria-Kvarner region (as well as many dental clinics in Zagreb) have figured out one important lesson: they should not be in competition with one another, trying to get the largest slice of the cake possible. What they should be doing is working hard together to enlarge the cake, and then each of the clinics performing high-quality work will be able to get the bigger slice. The clinics in Dalmatia, although also growing, are doing so more slowly, and without the coordinated effort we are seeing in Istria-Kvarner and Zagreb, and we can only hope that it is something that is going to change in the near future, as the region of Dalmatia also has a huge potential for growth in this sector.